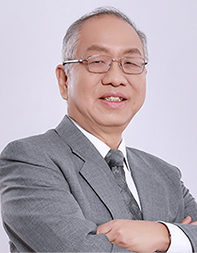 Ever since its establishment in the early twentieth century, Tsinghua has always been regarded as the first-class university in China, being famous for its strong disciplines of engineering and applied sciences. Tsinghua University is far-sighted in recognizing the fundamental and strategic role of mathematics in science. In December 2009, Tsinghua University held the Inauguration Ceremony of the Mathematical Sciences Center, and invited me to be the first Director. This invitation carried with it the firm commitment and great expectations from the core leadership of Tsinghua University. This commitment gives me time and the opportunity to fully develop Yau Mathematical Sciences Center. I hope that on the basis of the sustained support, strategic investment and effective management of Tsinghua University, Tsinghua mathematical disciplines will develop into the forefront of Mathematics in the world. Many people have been working very hard for our common goal. I believe that with your support and participation, YMSC will make a significant contribution to mathematicians and mathematical disciplines around the world.

Tsinghua University established the Mathematical Sciences Center in December 2009. The internationally renowned mathematician Professor Shing-Tung Yau, at the invitation of the university, became the director of the center. China's Ministry of Education officially approved the establishment of the Yau Mathematical Sciences Center at Tsinghua University in 2014. Under the leadership of Professor... 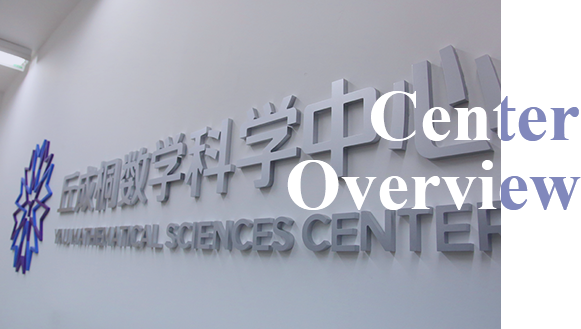 Tsinghua University established the Mathematical Sciences Center in December 2009. The internationally renowned mathematician Professor Shing-Tung Yau, at the invitation of the university, became the director of the center. China's Ministry of Education officially approved the establishment of the Yau Mathematical Sciences Center at Tsinghua University in 2014. Under the leadership of Professor Shing-Tung Yau, in the past decade, YMSC has made substantial developments in terms of building top-notch faculty, selecting and cultivating young talents, conducting cutting-edge scientific research and completing mathematical discipline construction. The YMSC now ranks among the world-class research centers with significant international influence. Upholding the ‘International, Open and Academic’ spirit, YMSC has attracted a large number of top mathematical scholars and cultivated a group of outstanding young talents

In the past decade, YMSC has been able to build a top-notch faculty. One of the recent additions, the 2018 Fields Medalist Caucher Birkar joins the team in 2021. Now, YMSC has 70 full-time faculty members, including 16 foreign

faculty members. 31 of the faculty members are under the age of 35. Currently, YMSC has 37 postdoctoral researchers, 6 of whom are foreigners. It has 55 registered PhD students and 59 undergraduates with the Yau Math Talents Undergraduate Program.

YMSC is dedicated to selecting and educating the best math talents for China and the world. The various math competitions and awards have attracted young math learners of various ages, including the S.-T. Yau High School Science Award, S.-T. Yau College Student Mathematics Contests, New World Mathematics Award, and ICCM Medal of Mathematics. Grand events such as the International Chinese Mathematical Union and International Congress of Chinese Mathematicians are valuable platforms for great minds. Lectures and talks by prestigious scholars including the Master Memorial Lectures and Master Forums are eye opening and inspiring for younger mathematicians.

YMSC signed Memoranda of Understanding with nearly 30 world top universities and research institutes, such as Harvard University, Stanford University and Oxford University. More than 300 mathematicians as well as experts and scholars in related areas visit YMSC each year for exchange and cooperation, including winners of the Nobel Prize, the Fields Medal and Wolf Prize.

Scholars at the YMSC publish more than one hundred papers on SCI indexed journals each year. So far, 7 papers byYMSC professors were accepted by the top 4 jou 6 rnals in mathematics, including Annals of Mathematics,Inventiones mathematicae, Acta Mathematica and Journal of the American Mathematical Society. According to the QS World University Rankings by Subject in 2021, Tsinghua’s Mathematics program ranks at the 18th among the world's top universities,up from 43rd in 2016.


Today, mathematical sciences are faced with unprecedented development opportunities. With strong support from Tsinghua University，YMSC is determined to cultivate top math talents, achieve original research results，and build a most advanced mathematical sciences research center, in a bid to make Tsinghua University one of the most prestigious university in the world. 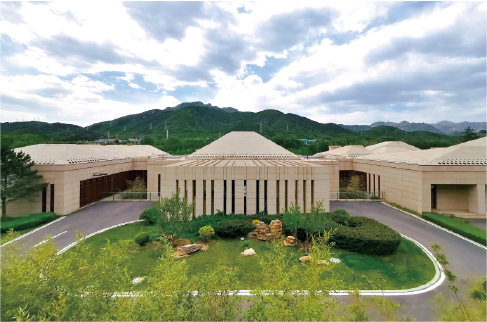 BIMSA is located in the waterfront of Yanqi Lake, in Beijing’s northern Huairou District. It was first initiated by YMSC, now in cooperation with Tsinghua University and China Academy of Science, with strong support from the Beijing municipal government and the Huairou district government. Officially established in the summer of 2020, it aims to build a world-class research institute，focusing on applied mathematics and other inter-disciplinary areas. BIMSA now has 44 researchers in the areas of Geometric Topology, Cryptography，Machine Learning, Mathematical Physics, Financial Mathematics，and Dynamical System. 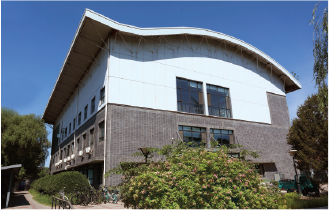 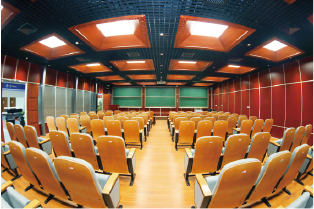 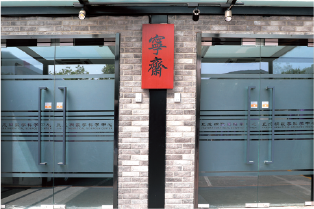 Tsinghua Sanya International Mathematics Forum (TSIMF) is an international comprehensive mathematics conference center of Tsinghua University locating in Sanya City, Hainan Province. It covers an area of 140 acres and has a construction area of about 30000 square meters, integrating conference, catering and accommodation.

At the beginning of 2009, Hainan Province sent a delegation to the United States for high-level talents recruitment. During the trip, they held a talk with Professor Shing-Tung Yau at Harvard University. Professor Yau pointed out that Banff International Research Station in Canada and the Mathematical Research Institute of Oberwolfach in Germany have played a very important role in the critical period of the development of world mathematics, and China should draw on their experience to build the country’s first international mathematics conference center in Asia.

In July and September 2009, national leaders held meetings with Professor Shing-Tung Yau and expressed their supports for the initiative. In June 2010, Tsinghua University and Hainan Province reached a consensus on cooperation and decided on the location of the TSIMF: the capital city of Hainan Province. Mr. Shi Weixue, a Tsinghua alumnus and an entrepreneur, donated money for the construction of TSIMF.

On December 18, 2013, the TSIMF facility was inaugurated. It includes a conference building of over 9000 square meters, a library, an accommodation area of 170 rooms, as well as relevant catering and basic recreation facilities. Up to now, YMSC has organized about 30-40 international conferences on mathematics. It also supports a number of academic conferences in other disciplines related to mathematics.

TSIMF is an important move that Tsinghua University makes to support the development of mathematics. It is the unique world-class mathematical forum in Asia which promotes the academic exchanges of the Chinese Mathematical community. TSIMF has been a milestone for math talents cultivation in China and Asian region.